How to Choose Parylene Thickness: Thin vs Thick Films

Parylenes offer high purity and they eliminate hazardous waste due to the vapor deposition process that does not make use of solvents and catalysts [1].  Their low dielectric coefficients, excellent adhesion to various surfaces and conformal coating properties made them a key polymer in multiple applications. Thickness changes in the films parylene leads to the modifications in the crystalline structure, roughness, dielectric properties, gas permeability and moisture resistance. Each application area and service condition necessitates the strict control of thickness of the vapor deposited Parylenes (poly-p-xylylenes). 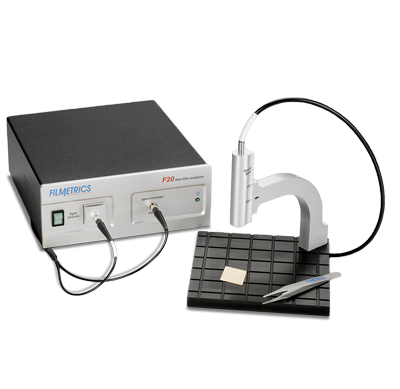 The useful thickness range is determined by the service conditions. In general, humidity and corrosive gases found in the air that can degrade the functionality of the electronics is the main reason for an encapsulation requirement. The definition of encapsulation is not well done in the case of parylene coatings because conformal thin film coatings are only required to cover the surface uniformly while encapsulation is completely covering the high and low features of a product providing a good sealing. Typical thickness for an encapsulation layer can only be determined by the highest features found on the device. For example, a dry lubricity layer on silicon will require less than one micron of parylene. It is also known that the thicker is the encapsulation layer, its permittivity will decrease. Also the probability of having voids will decrease with a thick parylene layer. Also, the leakage current density was observed to increase suddenly for thicknesses < 1000 nm (less crystalline structure) and it was thickness independent above > 10 000 nm at approximately 4×10-8 A/m [2]. Below 40 nm’s the Parylene C structure is reported to be completely amorphous and above that thickness a semi-crystalline structure is observed. Electrical properties depend on the film thickness which is attributed to the voids, continuity in film and grain size. Below a critical film thickness of 1000 nm dielectric constant of Parylene C decreases below the bulk value.

Parylene chemical vapor deposition (N and C) is conducted in a closed chamber environment. The percentage of conversion of starting material (dimer) to the final continuous thin film polymer is approximately  100% [1]. It would be a good estimate to conclude that the amount of polymer formed in the system is directly proportional to the amount of dimer powder charged into the evaporator. The total area being coated in this closed system is one of the deterministic factors of the final parylene conformal coating thickness. Thus, dimer quantity needs to be carefully calculated and controlled, based on the surface area of the load in the deposition chamber. For operations with the strictest requirements for the reputability same surface area must be attained.

The total amount of polymer formed on the substrate surface and the polymer film growth rate are controlled by the operational factors [1], [3]:

Parylene Monomer Mass: Heavier monomers tend to produce thicker films of parylene. Parylene C, is a heavier and more polar molecule therefore it is expected to deposit easily onto the substrate surface in the deposition chamber compared to the Parylene N. Parylene C also has a higher ceiling temperature for deposition than Parylene N [3].

Polymer Substrate Adhesion: The A-174 silane is an adhesion promoter which enables a better adhesion between parylene and the substrate.

Charged Dimer Powder Mass: There is a linear relationship between the charged total mass and the thickness.

Thickness of Parylene derivatives in general is dictated by the area of application and the requirements of the service conditions such as insulation resistance, mechanical properties, and dielectric/insulating properties, and alike. Parylene thin films find applications in numerous products and processes. Some of the application areas can be listed as follows:

Diverse types of applications and their requirements for thickness control is evident from the list above. Parylene conformal coatings are mostly used for PCB and electronic device encapsulation/sealing purposes. MIL-I-46058 is a military standard that covers Parylenes and their testing for use as a protective layer on PCB’s. The required thicknesses are .0005” – .002” [12].

In the wafer bond application from 200 nm up to 6.0 μm Parylene layers were used to produce a successful bond, the useful thickness range with reasonable bond strength was found to be higher than 380 nm’s. For this application higher thicknesses were not reported to produce significant differences in bond strength when bonding was performed under the optimized conditions. Also, Parylene bonding layers underwent thickness contraction by 21.3% during the bonding process under 800 N for 30 min, and submicron thick intermediate layers were shown to be consistent, uniform, and seamless over a large wafer surface.

In conclusion, parylene is a versatile polymer that finds place in a variety of industrial applications. The possibility of process optimization and a range of materials properties provided by the derivatives make them attractive.

To discover more about parylene thickness, download our whitepaper now: