How Potting Protects Against Reverse Engineering

Conformal coating and potting are the most common methods of protecting printed circuit boards (PCBs) and cable connections destined for use in:

Both processes are complex, with numerous production variables.  More than the protective films offered by conformal coating, potting completely encases a PCB within a resinous container that becomes an integral component of the unit.

While conformal coatings have surpassed potting as the most-used protective PCB-covering, much is dependent upon the specific requirements of the project, factors that determine budget, coating methods, and timeline.  Protecting against reverse engineering is one such factor. 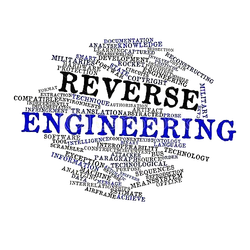 What Is Reverse Engineering?

Disassembling a manufactured object to determine its design and working processes, to duplicate or enhance it, is the essence of reverse engineering.  Also applicable for biological, chemical or organic matter, reverse engineering is:

In some cases, reverse engineering can be beneficially applied, to save useful elements of older systems or for stimulating interoperation between different computers; it can effectively combat malware or document legacy systems, as well.

Often, however, reverse engineering’s objective is analyzing the PCB’s smart card for unlicensed appropriation of the object, its purpose and value, basically stealing both the product and the intellectual property that created it.  Methods of combatting destructive reverse engineering during PCB manufacture include

These techniques can be built-in during the PCB original design and construction.  Potting the PCB during manufacture represents an additional means of further protecting against unwanted reverse engineering.

Potting as a Means of Adding RE Security

PCB assemblies requiring reverse engineering security benefit from potting encapsulation.  A dual-phased process, potting uses a “pot” in the form of a case, shell or similar enclosure, to completely cover an electronic/electrical device, protecting it from the surrounding environment.  Typically, a liquid potting compound poured into the physical casement envelops the enclosed PCB, becoming part of the finished unit.  Because of this, potting is a very clear choice for boards requiring reliable, longer-term impact resistance or durability in the face of persistent and turbulent mechanical abrasion.  Compared to conformal coating, protection against tin whiskers also improves with potting, as does the assembly’s overall functional lifespan.

These same resistant qualities inform potting’s value for protecting against reverse engineering.   Potting encapsulation delivers a thicker and more robust solution that maintains PCBs’ operational life, keeping them working appropriately for longer lengths of time.  More significantly, potting generates superior protection against security threats, such as reverse engineering or other tampering with the assembly’s function and design features.  Potted coatings made from epoxy or urethane resins are largely impervious to the effects of most chemical solvents, substantially increasing the difficulty of penetrating the PCB encasement, or otherwise accessing the device for reverse engineering.  In addition, pigmented potting material obscures the components within the potted encasement, effectively hiding the circuit board and its components from cursory reverse engineering -examination and potential theft.

In general, however, potting cases are secure, offer dielectric protection, and safeguard the PCB from the polluting effects of acids, bases, corrosion, salt and most solvents, as well as deterring reverse engineering.  The extremely thick block coverage engendered by potting supports post-production conditions where assembly privacy and security are necessary to product performance.  The potting case effectively obscures a PCB’s circuit diagram, making it far less visible and susceptible to reverse engineering.

In addition to protecting against reverse engineering, potting’s full enclosure of an entire electronic assembly generates optimal security against unauthorized entry and board modification, which might disrupt the board’s function while leaving it operational.  This form of industrial espionage can foil a product’s performance, to the advantage of competitors selling similar PCBs.  Properly implemented, potted encapsulation can assure that efforts to remove the protective material and access the PCB will instead destroy the circuit in the process, completely defeating mendacious reverse engineering strategies.

To learn more about conformal coating, download our whitepaper now: